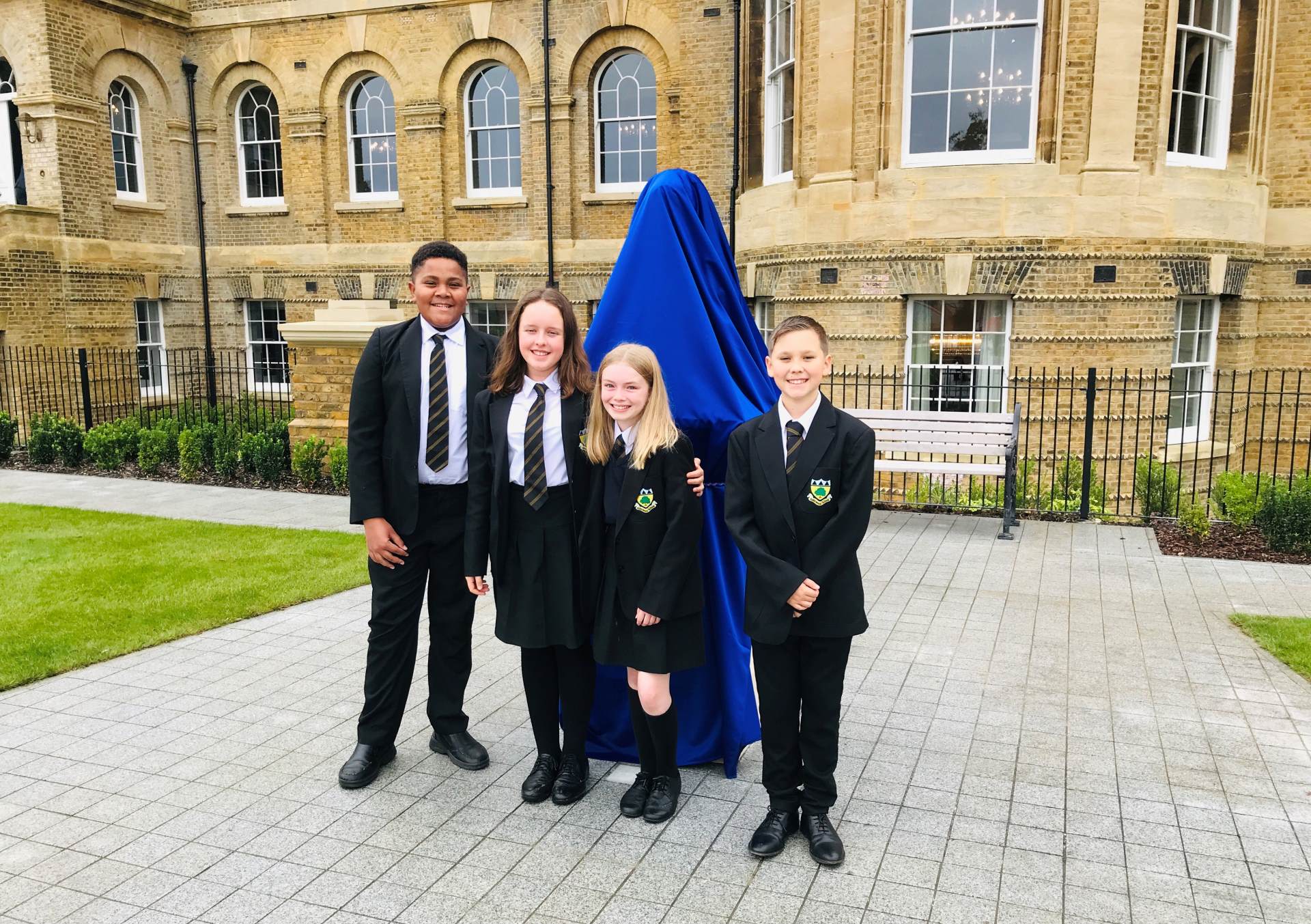 On 7th of October four students from the new Nightingale house were invited to Gun Hill Park, previously the Cambridge Military Hospital in Aldershot, as the guests of Weston Homes, the developers of the site.

Our students had the opportunity to chat with Bob Weston, the CEO of Weston Homes and met the Mayor and Mayoress of Rushmoor as well as Leo Docherty MP; Major Mani Rai MBE, Deputy Lord Lieutenant of Hampshire; Cllr Alex Crawford, County Councillor for Hampshire, and Amy Goodman, the sculptor of the bust.

After the unveiling of the bust our students were taken on a tour of one of the high spec apartments (during which they hid in a walk-in wardrobe) before accepting a specially cooked second round of scampi and chips from the hosts. The children had a great afternoon during which they were made a great fuss of, were photographed many times with the Nightingale bust by the press and impressed everyone they met with their politeness and their thoughtful questions. 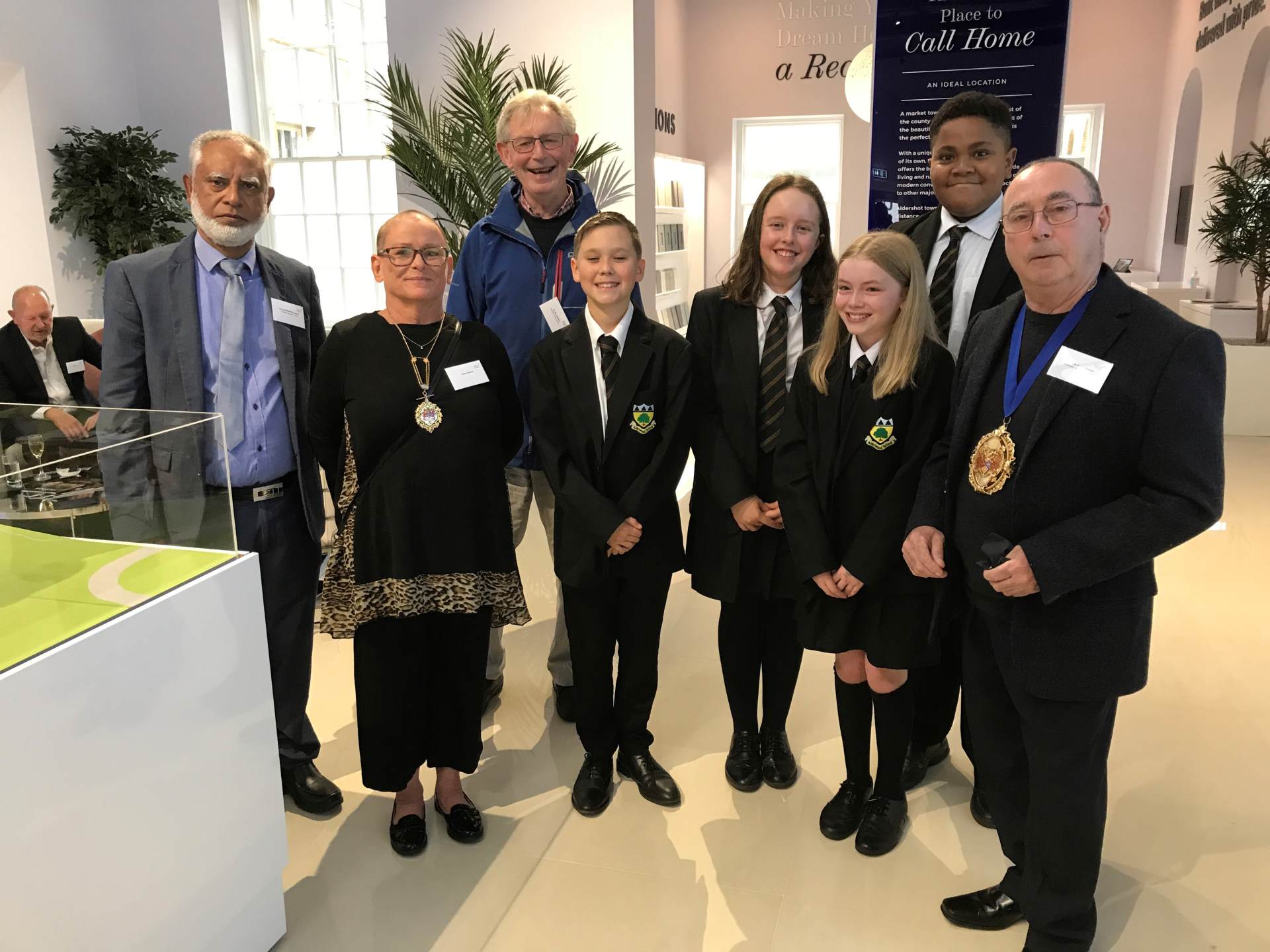 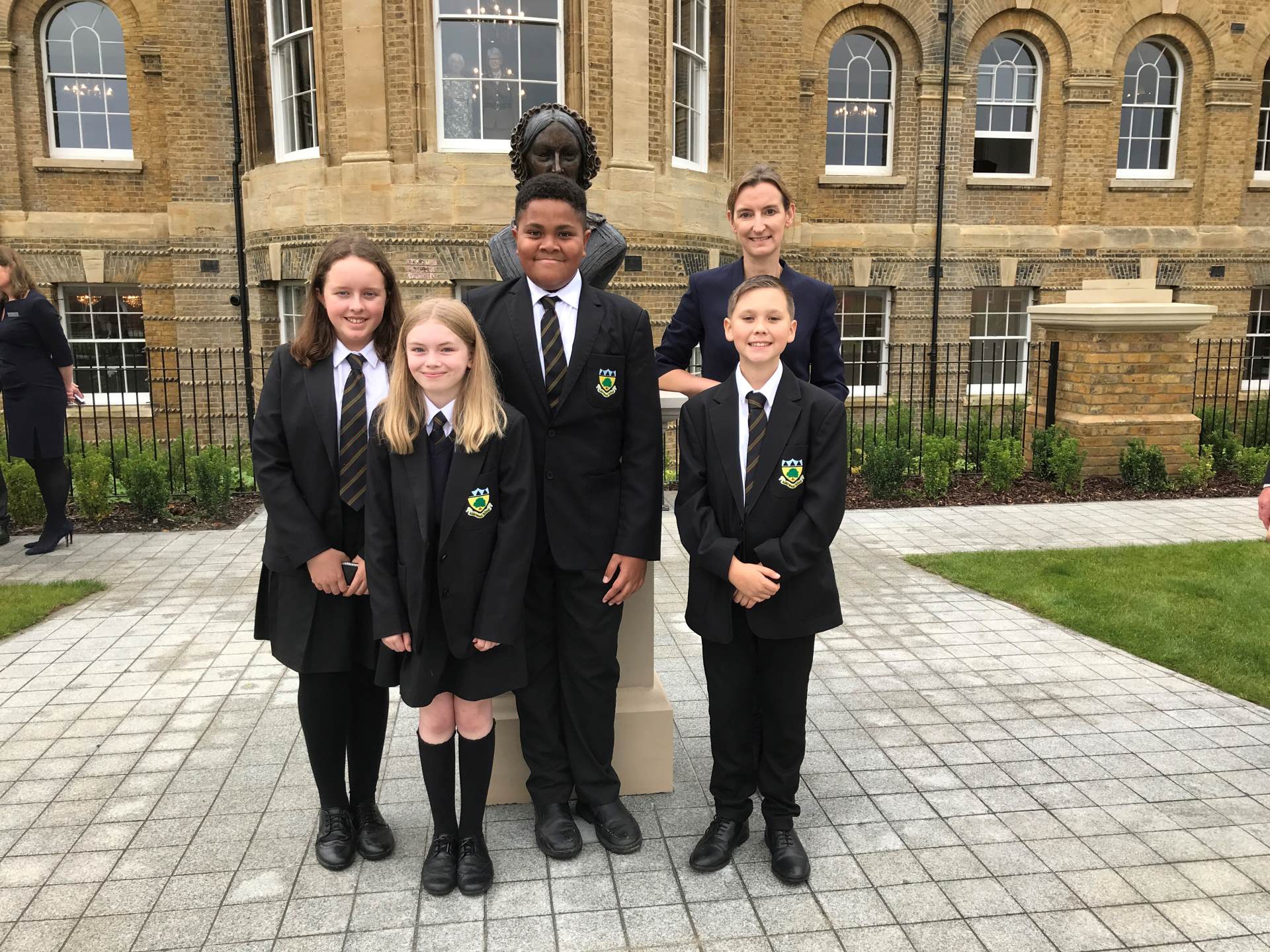 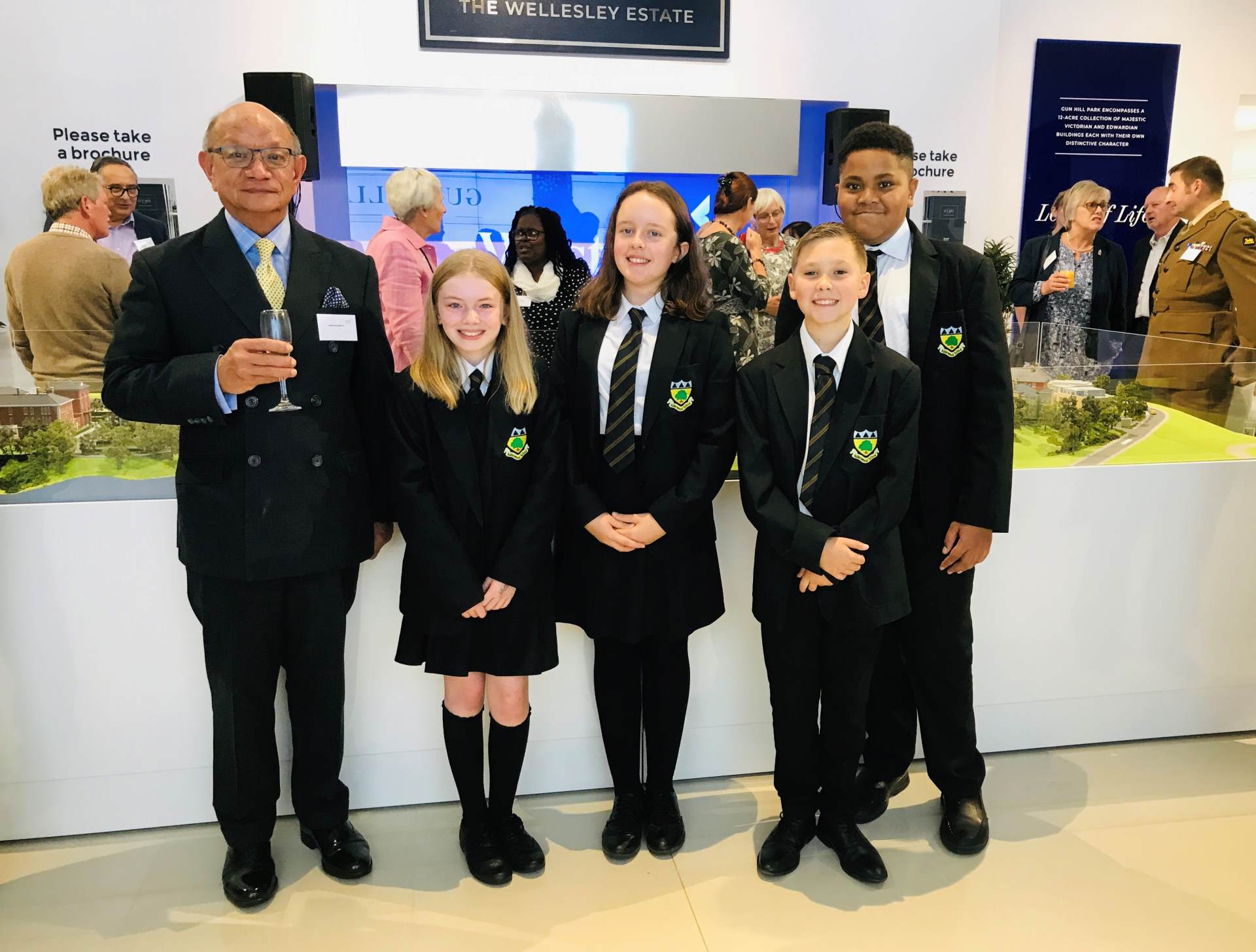 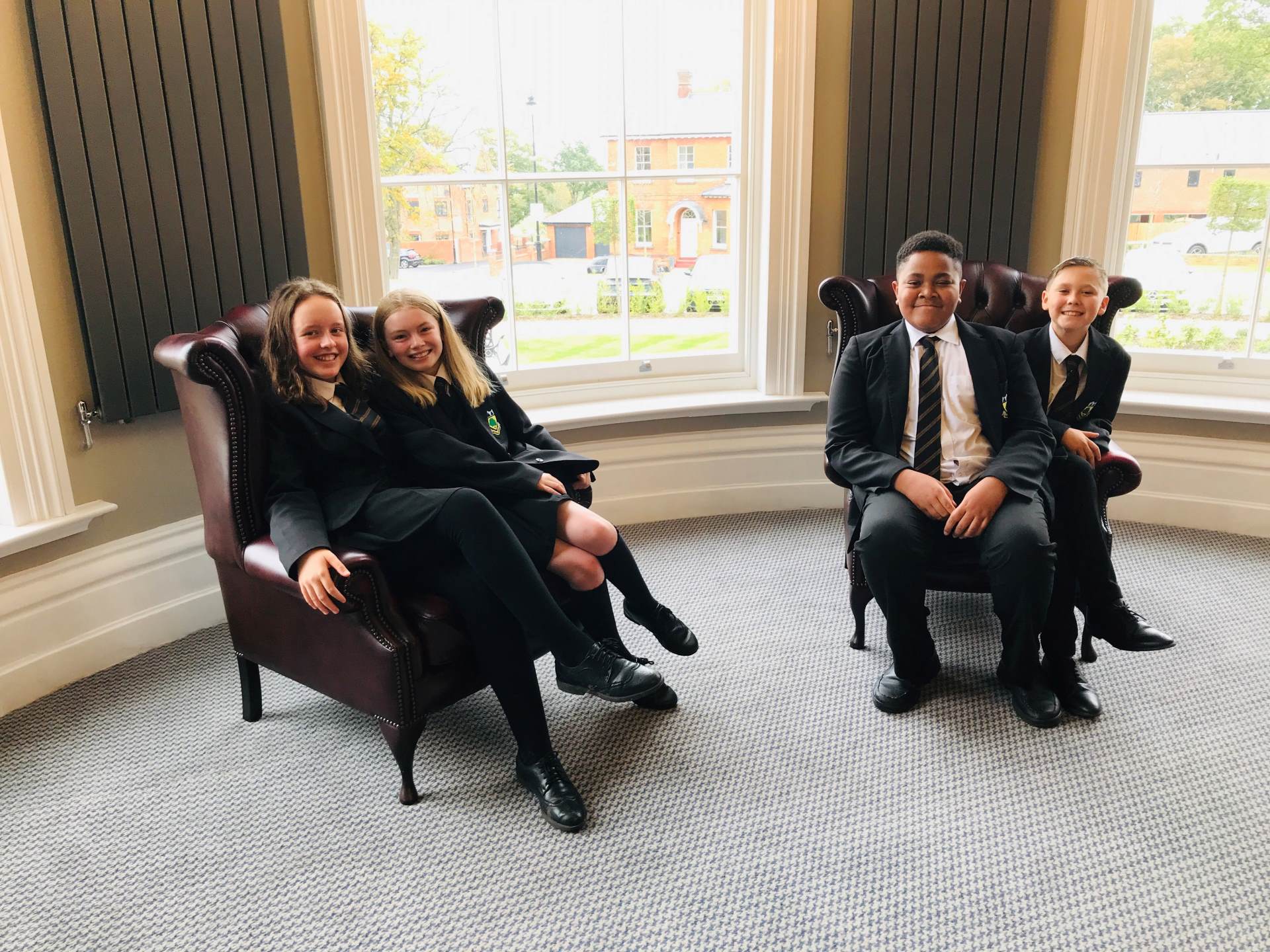